Every year at about this time, on a farm near Oxford,UK a weekend meeting takes place. They are the sort of people who look at a flowing stream and do a rough mental calculation to see if it is worth installing a turbine. Folks attending are mostly graduates from the Centre for Alternative Technology in Wales.

We took along a SLiCK SM70 solar tube cooker to provide some hot snacks. At breakfast time, in the camping field, it took just a short while to heat up flatbreads, which an intrepid camper was eating cold. “Wow, that’s really hot!” he said, delighted and surprised. When told we would to be selling SLiCK SM70s, we got some puzzled looks: WHAT? HERE IN THE UK! ?? someone said, pointing skywards. At lunchtime, we heated up a tube full of sausage rolls in about twenty minutes. When they came out of the tube, someone reached out casually to pick one up. “Ooh! that’s really hot, it’s burnt my finger” she said, surprised and indignant.

We were standing next to a beautiful COB FARMHOUSE whose roof was festooned with devices for using solar energy – PV panels, light pipes, and an array of solar water heating tubes. Any one of the lunchtime revellers could have told you about how the roof mounted tubes worked to heat the water for use in the farm house. 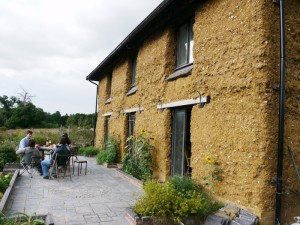 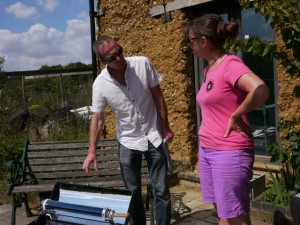 Some would even be able to quote specifications, like stagnation temperatures, selective surfaces, and solar gain.

Yet, faced with exactly the same technology in a SLiCK SM70, they under-estimated it’s power, and doubted its ability to perform under UK skies. Why else would they be so surprised when it heated up their food in front of their very eyes. In their own kitchens, would they touch a tray of hot sausage rolls fresh out of the oven? Probably not. And here’s our point: If a group of practical energy experts finds it difficult to understand how effective these tubes are at capturing and retaining solar energy, what chance is there of convincing the rest of the population?

Our mission is to popularise Solar Cooking in the UK, pioneering useful and simple techniques that can be used anywhere the sun shines.

Perhaps we have a long, long way to go. 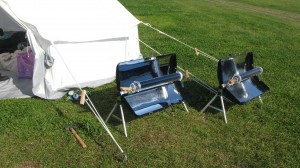 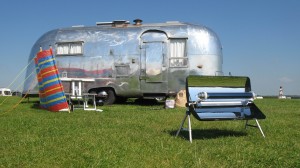 Cooking With Mirrors is Easy

Join us and experience the suns cooking power yourself, with our flagship product SLiCK SM70 solar tube cooker.

2 thoughts on “SOLAR COOKING?…HERE IN THE UK?”