Back in February SLiCK set out to make 100% solar home beer on a domestic scale. This could be a first for solar cooking. We wanted to avoid chemicals by using solar boiled water to clean everything up. Sterile equipment is the key to a good result for brewing. Well it took all of a cloudy, rainy February and March to get the boiled water to do this. In April a clear weather window presented itself and we were good to go. 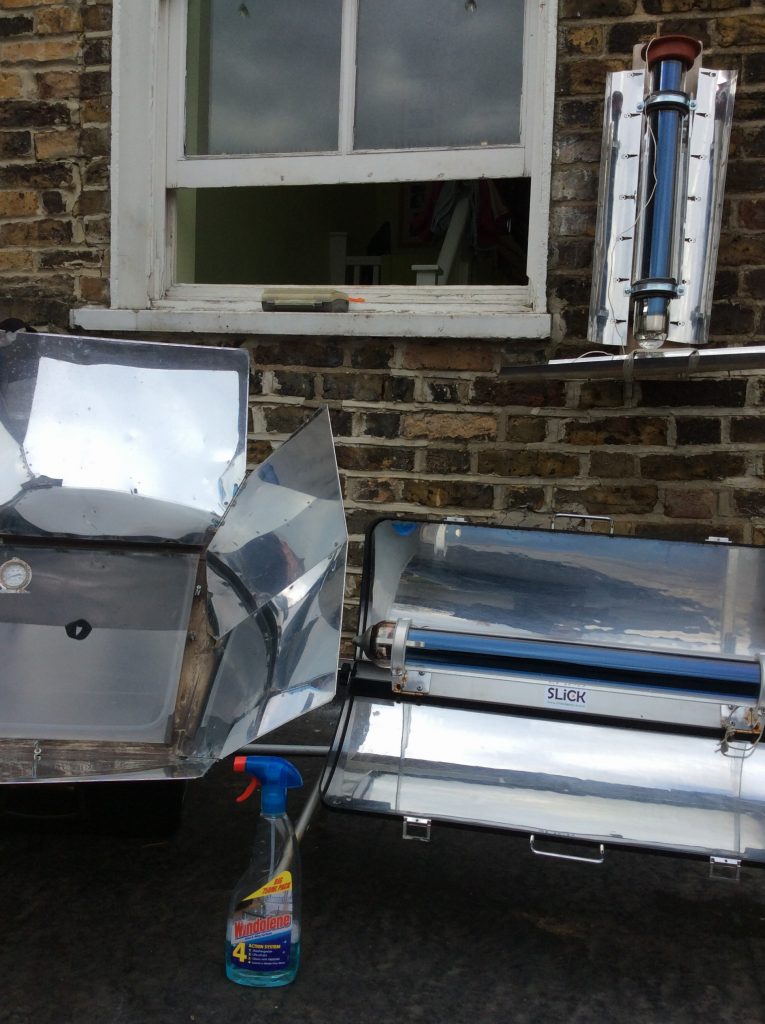 London’s Morning sun boiled 5 litres of water, enough to make 14 lItres, when mixed with tap water. You can see our robust collection of solar cookers being used – tubes, panels and boxes

A Cookit panel cooker was used to soften the malt syrup. This was added to the water, along with some cane sugar and yeast. The brew was left covered indoors for a week or so, for the vigorous ferment stage.

We bottled the beer around late April. A major hassle for a home brewer is sterilising each and every bottle. Large production plants have machines doing this, wasting a heck of a lot of water.

To banish bacteria our solar cooking workaround was to use a ‘Global Sun Oven’ type box cooker. This got filled with  rinsed bottles and left out in clear sun. The bottles reached over 85C, at which point I shaded the sun oven, taking no risks and leaving the bottles in this temperature range for over an hour – no bugs would survive to taint the flavour. 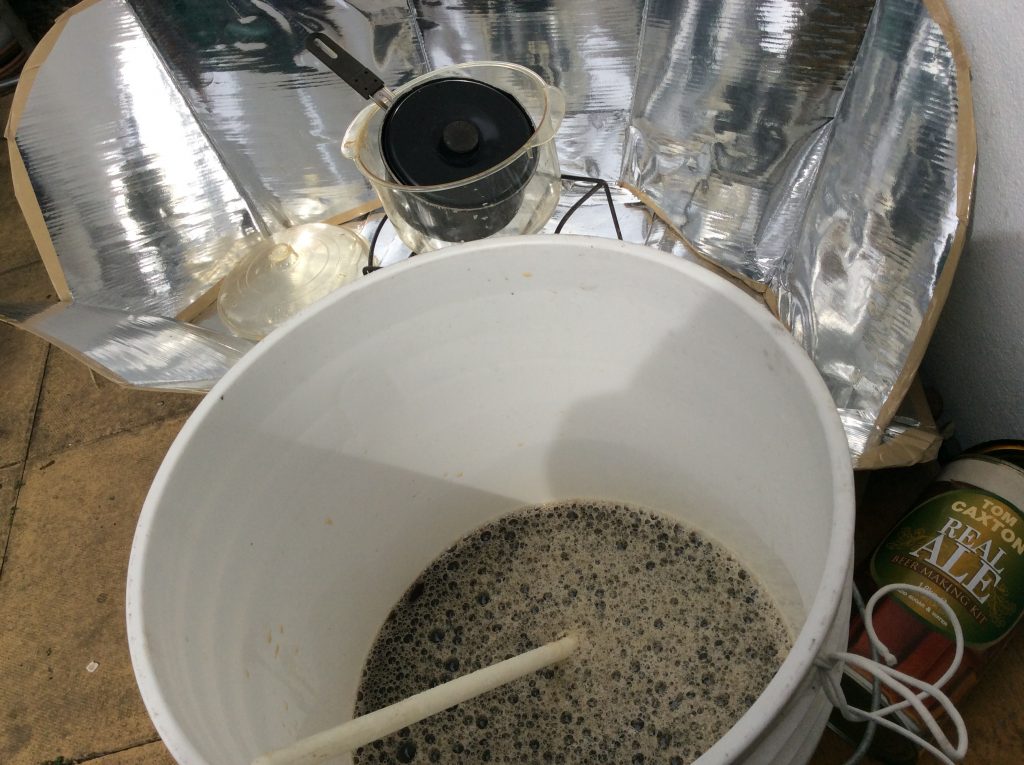 Out of the oven and hot, we added a small amount of ‘priming sugar’ to each bottle. This allows a secondary ferment when stoppered up, giving fizz and keeping things fresh 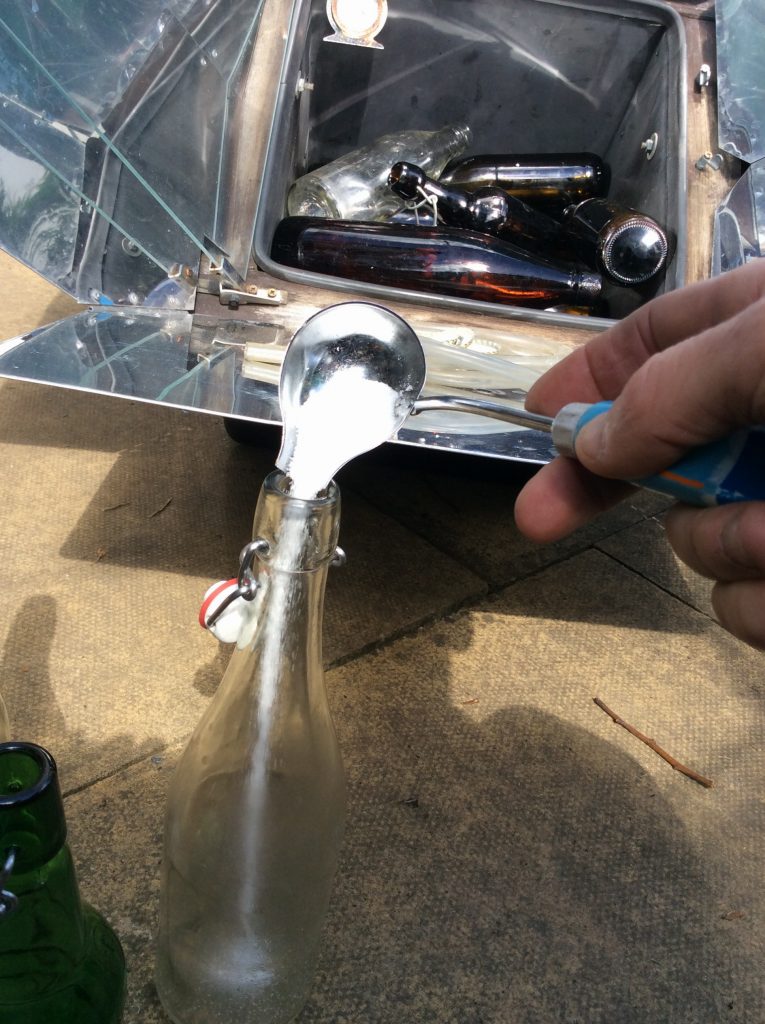 It’s important to label your beer so you know how long to keep it, and for presentation. It needs to ‘condition’ in a cool place for a while so its down in the coal cellar (‘Le cave SLiCK’), sitting at a steady 7C. It should be ready this August when its coming to the Green Gathering for our SLiCK solar stove demonstration stand.

Well we didn’t mash the malt, dry the hops or refine the sugar but as far as we’re aware this is the world’s first solar produced home brew! I hear that the Bavarian beer industry classes beer as ‘food’, so at a stretch this is indeed a ‘solar cooking process’ and I invite solar cooks throughout the land to join us at the Green Gathering 2016 in sharing a glass of solar summer ale, cheers!

Serious Note: Throughout the world big purchase decisions are made by men, including cooking devices only ever used by women. Perhaps beer making is a way to draw more people into practical solar cooking?